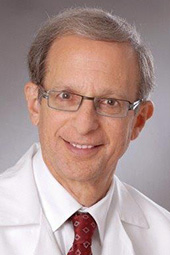 What defines low sperm count, and what are common motility issues?
The current thinking is that a fertile sperm count can be as low as 15-20 million sperm per cc. Motility issues can be of two types. One is a low percentage of motile sperm (generally considered to be less than 40%). The other issue with motility can be the quality of the motility. While the percentage of motile sperm is very important, just as important is the question of whether the sperm is moving in a progressive manner and not in a slow, sluggish manner.

How many days does it take for a lifestyle or diet change to affect his sperm?
Only extreme lifestyle issues or diet issues would have an effect on sperm. If there is such an effect, it generally takes at least 3 months for the change in diet or lifestyle to have an effect.

Should we abstain from intercourse a couple days right before I’m ovulating?
Some men’s sperm counts do decrease if there is ejaculation on a daily basis. Thus it is often recommended that couples have intercourse every other day around the time of ovulation rather than every day.

What your HCP will learn from your semen analysis:

Additional tests done during the semen analysis can include:

Speak with your Healthcare Provider on preparation expected. You might be asked to refrain from sexual intercourse for 2-3 days prior to the test. Be sure to speak to your HCP with any question on how the sample is obtained, and if you are uncomfortable with any of the process.