Endometriosis and Fertility: A Deeper Look

Endometriosis is a disease in which the endometrium — the tissue that makes up the lining of the uterus — grows outside of the uterus itself. It affects 1 in 10 women in the United States, but many don’t understand the symptoms, making it difficult to diagnose. So, how does endometriosis begin, and what signs should you watch out for? 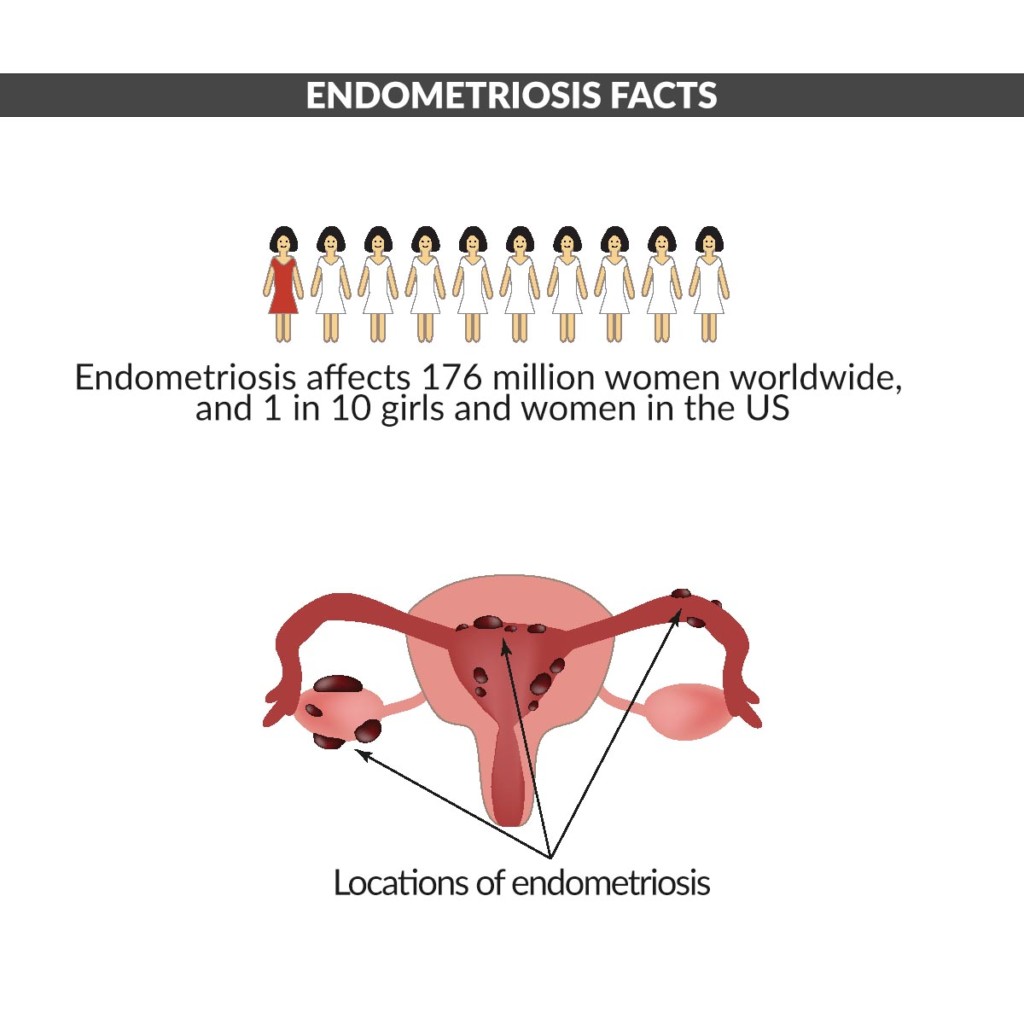 The main symptom of endometriosis is pelvic pain, typically during menstruation. Unfortunately, girls are taught that such pain is normal, so many women write off their initial symptoms. If the pain continues or occurs at other times, such as during intercourse, they may grow more concerned and seek help from a doctor. Other symptoms include heavy bleeding during or between periods, as well as fatigue, diarrhea, or nausea, especially during menstruation.

Endometriosis can be diagnosed through a manual pelvic exam or by an abdominal or transvaginal ultrasound. These tests may not definitively point to endometriosis, however, especially if growths are small. Other medical treatments may be tried, but if symptoms persist, a doctor may recommend minimally invasive laparoscopic surgery. This procedure uses a tiny camera to look for endometrial growths and may involve taking a small tissue sample for biopsy.

The exact cause of endometriosis or whether there even is a single root is unknown, but there are many theories as to possible causes:

There is also strong evidence that endometriosis has a hereditary component. A woman is five times more likely to develop the condition if a sister also has it, and 50% more likely if even a cousin has it. Genetic testing may be able to diagnose endometriosis much earlier than the standard tests used today.

Endometriosis progresses through four stages, differentiated by the amount and location of endometrial tissue outside the uterus. Three particular kinds of tissue are used to diagnose the current stage of the disease:

The stages are tracked by the presence and amount of each of these types of tissue:

While a patient’s stage of endometriosis is defined by these tissues, their symptoms are not necessarily tied to the stage. Pain, heavy bleeding, fertility problems, and the various other symptoms of endometriosis can vary greatly from one patient to another, even for those in the same stage.

Effects of Endometriosis on Fertility

When looking at infertility as a symptom of endometriosis, no direct scientific link has been made between the minimal and mild stages and a decreased fertility rate. While 30% to 40% of infertile women have endometriosis, most women with the disease are not also infertile.

The connection is stronger with moderate and severe endometriosis, as the presence of more and deeper tissue — and especially endometriomas on the ovaries — can lead to structural issues that impair ovulation and conception. While some studies show that treatment of severe endometriosis has a greater chance of improving fertility than simply doing nothing, the fertility rate for these patients remains as low as 1% to 2% per month.

Read: Trying to Get Pregnant with PCOS

The main treatments include medications and surgery. Since the primary treatable symptom is the pain, many doctors will begin by prescribing over-the-counter pain relievers. Typically, these will be non-steroidal anti-inflammatory drugs like ibuprofen and naproxen.

Hormone treatments can slow or stop the growth of endometrial tissue outside of the uterus. The simplest of these are hormonal contraceptives like the birth control pill, which can help control pain, especially during menstruation. Other hormone treatments can slow the growth of endometrial tissue. But all hormone therapies will disrupt a woman’s menstrual cycle and definitely impair fertility.

Read: IVF: A Primer on In Vitro Fertilization

To preserve your fertility options, you may need surgery to remove endometrial implants and other tissue. Such procedures may be performed laparoscopically or with more traditional abdominal incisions. Surgery is often necessary if the pain from endometriosis is too severe for painkillers alone.

You should consult with your doctor to determine what treatment options are right for you. If you are trying to get pregnant, understand that surgery may be recommended, and it may be followed by a course of hormone therapy for several months.