The smart technique of cervical cap insemination puts the sperm at the opening of the cervix, as close as possible, to swim up through to an egg, optimizing your chances of becoming pregnant.

How The Stork® OTC Works.

The Stork® OTC is the only conception device FDA cleared over-the-counter for use at home that is designed to help you with becoming pregnant during your fertile window.

The Stork® OTC includes two familiar elements: a cervical cap inside of a condom-like sheath (the Conceptacle®) used to collect the sperm and an applicator device (the applicator) used to place the cap (similar to the delivery of a tampon).

After collecting the semen in the cap, the applicator efficiently and easily places it near the woman’s cervix. The cap stays in place, keeping the sperm where it needs to be, for up to six hours, while the woman continues her normal routine, then is easily removed with the attached cord, similar to tampon removal.

READ CLINICAL RESULTS
Use during ovulation.
Cervical cap insemination, the technique of the Stork OTC, has up to a 20% success rate, comparable to documented success rates of Intrauterine Insemination (IUI), 16-21%.1
Delivers 3.23x higher sperm concentration to the cervix compared to natural intercourse.2
No prescription required to purchase (previously only available by prescription). FDA cleared for home use.
Designed to help overcome common fertility issues such as low sperm count, low motility and unfavorable vaginal environment.
Cervical cap keeps sperm directly at the opening of the cervix, reducing pooling of semen elsewhere in the vaginal tract that occurs with natural intercourse.
Applicator protects sperm as it is inserted into the vaginal tract and placed at the cervix, no need to use your fingers to place the cap.
Available to purchase online and in – store with select retailers. 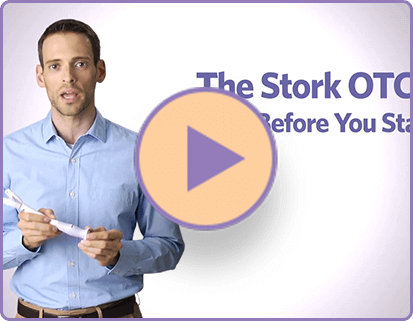 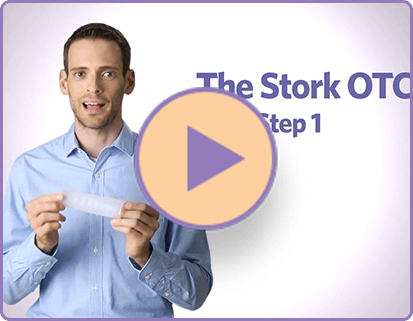 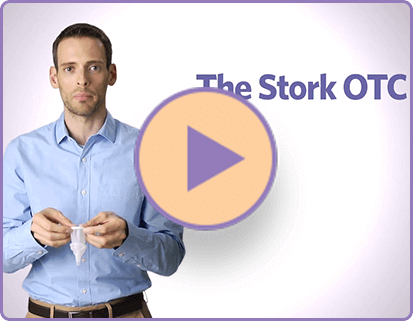 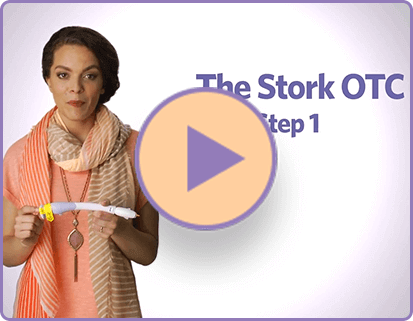 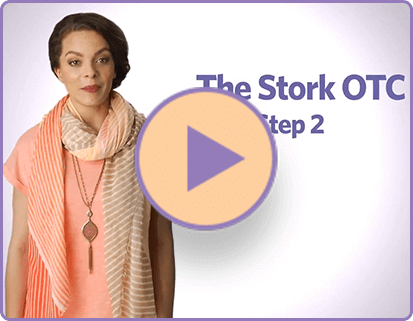 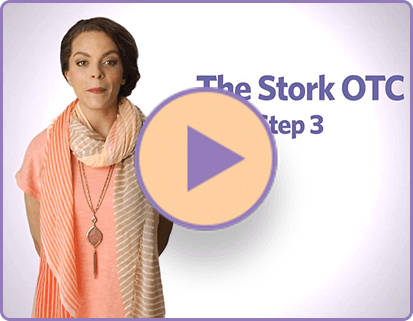 Instructions For Use Leaflet